Internet of Things or IoT is a concept that describes the idea of connecting many different physical objects over the Internet (with their own IP addresses) with the goal to share and give information easily and on time. Millions of physical devices over the world consist of sensors and software that are currently connected on the internet.

IoT is a technology that will connect the digital and the physical world. Almost every device we are using every day, that possesses the ability to connect to the internet, can become an IoT device. 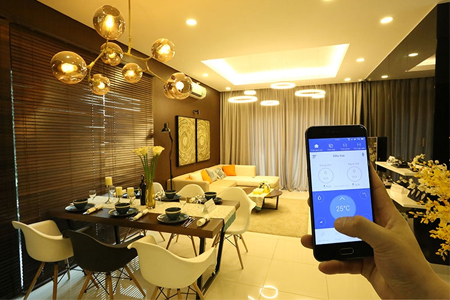 In the next period of time, the development of IoT will be supported by 5G cellular network technology which will be 20 percent faster than 4G, and the biggest news is that it will offer a wide specter of voice commands. With the Internet of Things, the physical world is becoming one big information base.

IoT will be developing excessively in the digital society which we are all a part of. However, the weakest point of this technology is security, something scientists are rapidly working on.

Every day we are using smart devices, for example – a smart fridge or smart TV, smart cities and smart homes. IoT technology is used in traffic, agriculture, in factories and many more.

Some of the examples for IoT are:

These days there are more IoT devices than there are people in the world and that can show us how fast it is increasing and that the future will be bright for IoT.

What is an IoT platform?

An IoT platform is a multi-layer technology that enables management, straightforward provisioning, and automation of connected devices within the Internet of Things system.

IoT platform in the form of IoT middleware, whose purpose is to function as a mediator between the hardware and application layers, has the primary tasks which include data collection from the devices over different protocols and network topologies, remote device configuration and control, device management, and over-the-air firmware updates.

They provide components for frontend and analytics, on-device data processing, and cloud-based deployment.

An IoT platform plays a crucial role for smart device vendors and startups, who can use it to equip their products with remote control and real-time monitoring functions, configurable alerts and notifications, pluggable cloud services, and integration with consumers’ smartphones and other devices.

Another great application of the IoT platform is cost optimization for companies in the industrial, agriculture, and transportation sectors through remote monitoring of devices and vehicles, predictive maintenance of equipment, collecting sensor data for real-time production analytics and ensuring safety, and end-to-end cargo delivery tracking.

Your next step towards success!